We're looking forward to welcoming Hokies from around the world to Virginia Tech’s 150th anniversary in Switzerland!

Attendees will enjoy 4 days filled with activities including:

After arriving at Zürich Flughafen, the easiest way to travel to Lugano/Riva is by train.

COSTS: The cost for train fare is around 75 Swiss francs.

TRAIN: At the airport follow signs to the train station: Check the online timetable for trains going to Riva San Vitale. Downloading the SBB app is highly recommened. Search for trains for the following:

The Steger Center is located in Riva San Vitale, 15 minutes (on foot) from the train station.

After arriving at Milano Malpensa (MXP), the easiest way to travel to Lugano and Riva San Vitale is by train.

COST: The cost for train fare is about 25 Swiss francs.

TRAIN: At the airport follow signs to the train station: Check the online timetable for trains going to Riva San Vitale. Downloading the SBB app is highly recommended. Search for trains for the following:

To: Capolago-Riva S. Vitale [Station/Stop] or the location of your accommodation.

The Steger Center is located in Riva San Vitale, 15 minutes (on foot) from the train station.

For information on limousine service to and from Milan, consult EC Limousine Service and Lugano Servizi.

For more accommodation options, travel, and activities in and around Lugano, check out:

Accommodations are not included in the program fee and are additional costs for participants.

Riva San Vitale is a small town of about 2,600 people located in the Canton of Ticino, in the southern part of Switzerland, near Lugano. Italy's border is only 10 miles away.

In the event that this program is canceled or postponed due to unforeseen circumstances, the university cannot be held responsible for any other expenses, including cancellation or change charges assessed by airlines, hotels, travel agencies, or other organizations.

Good news for people traveling back to the U.S. from Switzerland! As of June 12, 2022, a negative COVID-19 test is no longer required for travelers returning to the United States. Read more about the CDC news.

All travelers should follow CDC guidance for before, during, and after travel abroad, specific to their vaccination status and citizenship.

Breitschmid has been a professor of architecture at Virginia Tech since 2004. He also holds a visiting professorship at the Universidad de Piura, located in Piura and Lima. Previously, among other academic appointments, he was the 2003 Visiting Historian for the History of Architecture and Urbanism at Cornell University and taught at the University of North Carolina and the Catholic University of America. In 2016, Breitschmid was appointed to the diploma commission of the Accademia di Architettura di Mendrisio, in Ticino, Switzerland. He has been a visiting lecturer and visiting critic at many universities, museums, and professional associations in Americas, Europe, and Asia.

Professor Breitschmid will lead a walking tour of the medieval town of Rovio, nestled on the Swiss side of the peak of Monte Generoso. Several discovered Sarcophagi — now used as town fountains — indicate that the Romans had settled the town 2,000 years ago. The oldest structure is the Romanesque oratory of San Vigilio (11th century), a building on the list of national historic treasures. Several palazzi built in later centuries point to success and wealth of its inhabitants. Rovio is home to several long lineages of families who worked as builders, stone masons, and stuccoers for popes, kings, tsars, and emperor as far as London, St. Petersburg, and Rome.

Professor Breitschmid has been a regular at the Steger Center for International Scholarship, where he led the Architecture Residency Program for several semesters between 2007 and 2019.

Scott G. Nelson, Associate Professor in the Department of Political Science, (Ph.D., Arizona State University).  His research interests include international relations theory, international political economy and political theory. He teaches in these areas at the undergraduate level, in the department’s residential and online M.A. programs, as well as in the ASPECT doctoral program. Since 2018 he has co-led (with Yannis Stivachtis) the European Affairs in a Global Context program based at the Steger Center. He is the co-author (with Bradley S. Klein) of “Citizenship After Trump: Democracy vs. Authoritarianism in a Post-Pandemic Era” (Routledge, 2022). His first book, “Sovereignty and the Limits of the Liberal Imagination” (Routledge, 2009), explored the theoretical foundations of domestic order and international organization, concentrating on the contestable conceptions of community, justice, freedom, responsibility and wealth developed by major political theorists of the modern epoch. An article that elaborates themes developed in the book, entitled “Sovereignty, Ethics, Community,” was published in the journal Philosophy and Social Criticism (November 2004). An essay on political legitimacy and global order appeared in Yannis A. Stivachtis (ed.) “International Order in a Globalizing World” (Ashgate, 2007).  His article “Any Given We” appeared in the April 2010 issue of the Journal of International Political Theory; he has recently published co-authored articles in the journals New Political Science and Polity. Scott is the co-editor (with Nevzat Soguk) of the Ashgate Research Companion to Modern Theory, Modern Power, World Politics:  Critical Investigations (Ashgate, 2016). In October 2018 Scott was the Seaker Chan Fellow at Fudan University, Shanghai. He is currently at work on a book about community, legitimacy, and democracy in world politics entitled “Any Given We: Theory, Science, and Agency in World Politics,” and he is also completing a book (with Joel T. Shelton) entitled “The Political Economy of Statecraft” (Palgrave, forthcoming).

Professor Nelson will discuss Switzerland's recent political history, focusing on the country's democratic institutions and Swiss national identity in the context of the European Union.

Since 2018, Professor Nelson has co-directed the European Affairs in a Global Context study abroad program, which has been offered at the Steger Center in the fall semester. He is currently developing a second program for the Steger Center, Eurasia as Geopolitics.

Sara Steinert Borella, Executive Director, Steger Center for International Scholarship (Ph.D., Brandeis University). Sara Steinert Borella joined the Steger Center team in August 2021. In her capacity as executive director, she focuses on collaborative opportunities for global education programs, faculty workshops, community engagement, alumni reunions, and institutional networking. Steinert Borella has worked in higher education for more than 30 years, most recently as vice president and dean of academic affairs at Franklin University Switzerland. Her teaching and research have focused on such topics as 19th and 20th century European literature, food studies, mobility and exile, and travel writing. She is committed to global experiential education for students across the disciplines and to offering Virginia Tech students the opportunity to engage in and help serve the local community in Riva San Vitale, Switzerland.

Dr. Steinert Borella will lead a walk through the Valle di Muggio along the trail awarded the title "Swiss Landscape of the Year" in 2014 by the Swiss Landscape Foundation. She will talk about cheese making, slow food, and the local food culture, before stopping at a local grotto for samples.

Sara has loved her first months at the Steger Center and can’t wait to meet alumni and families to hear about their experiences in Ticino. She is eager to create a strong connection between the Steger Center for International Scholarship, Virginia Tech alumni in Europe, and Steger Center alumni from all over. 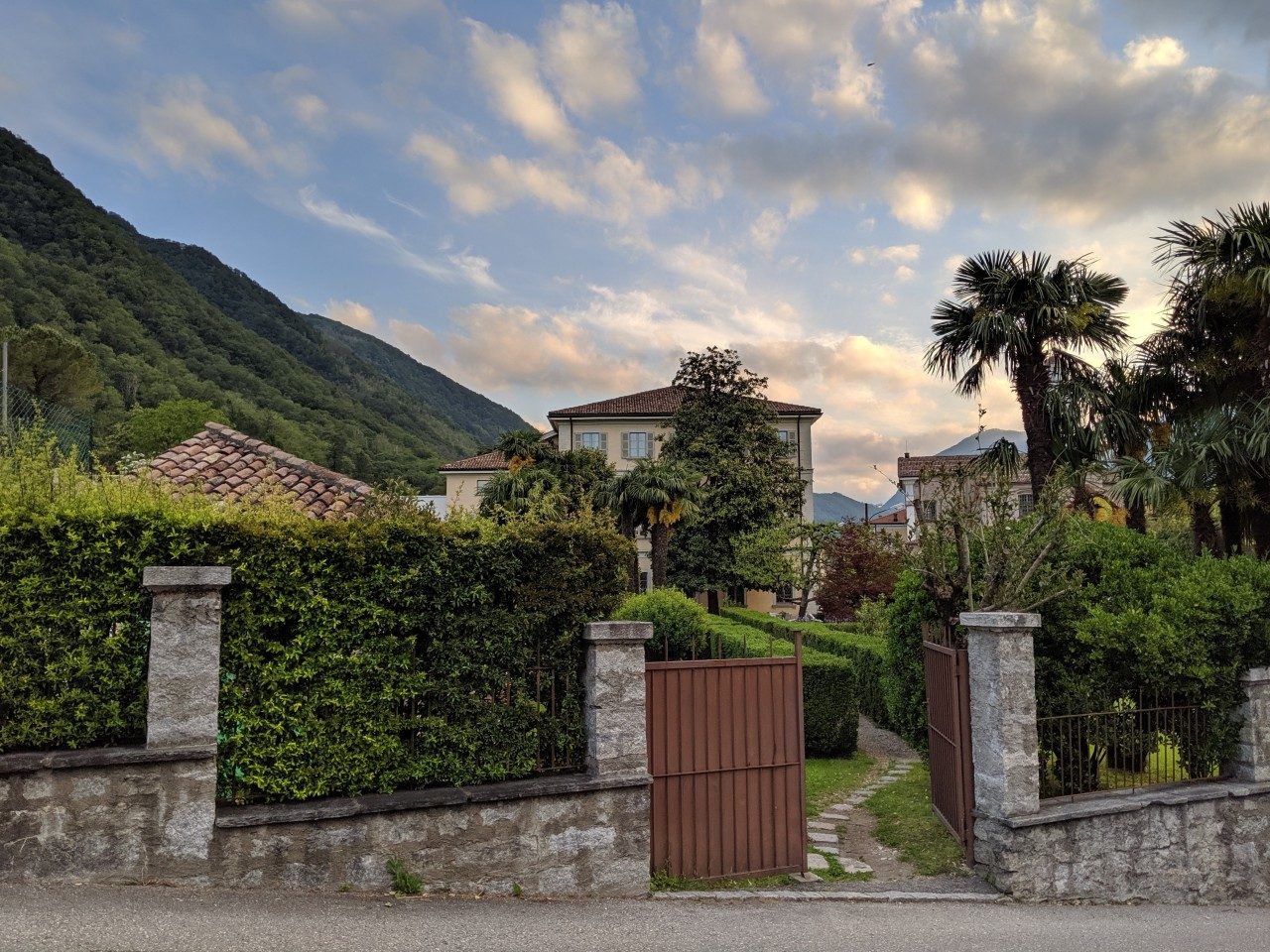 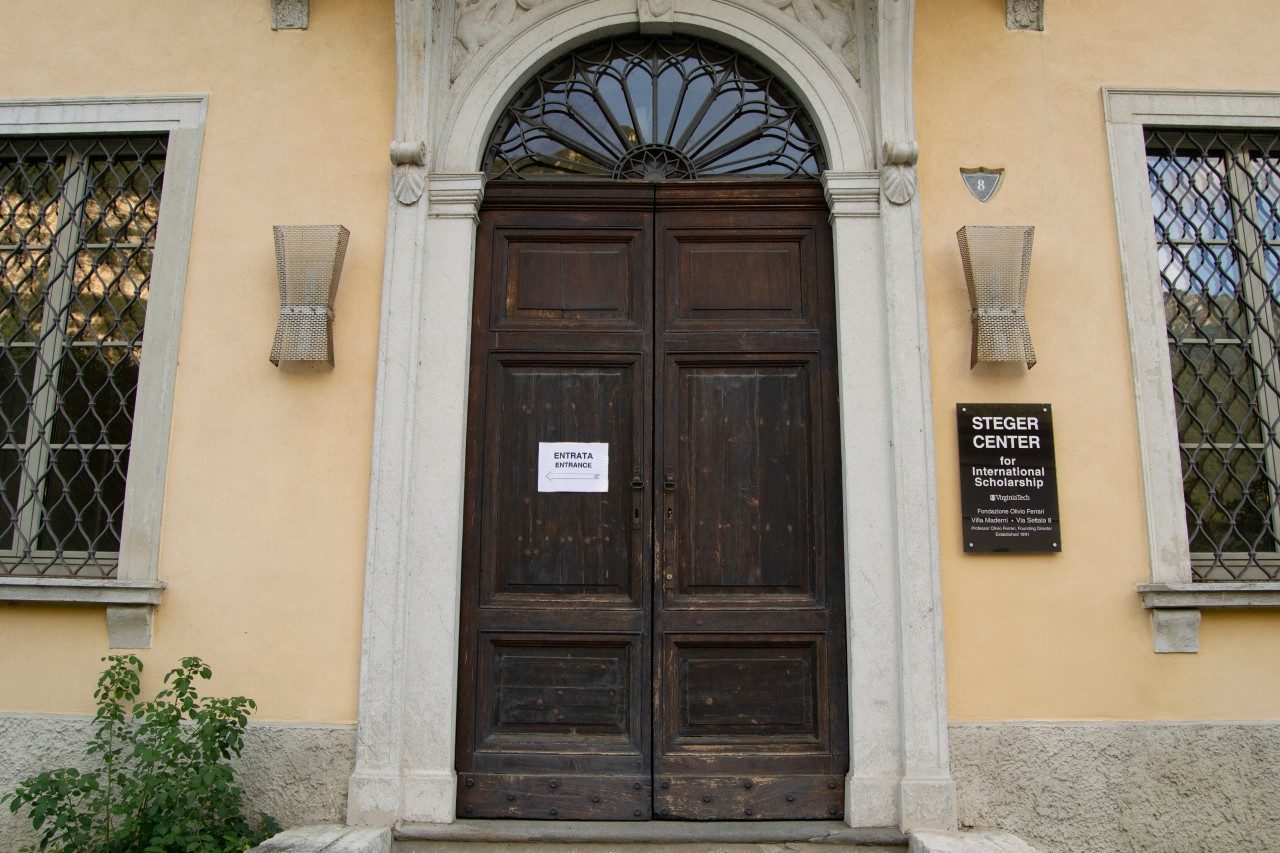 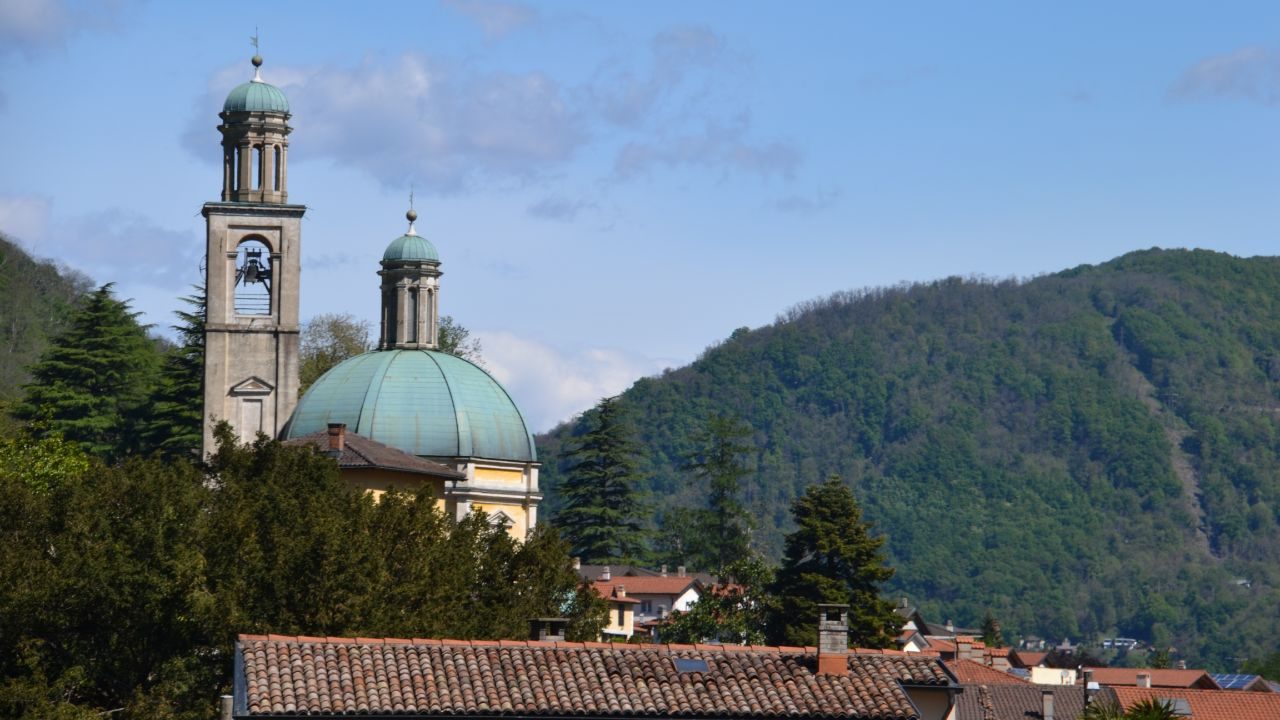 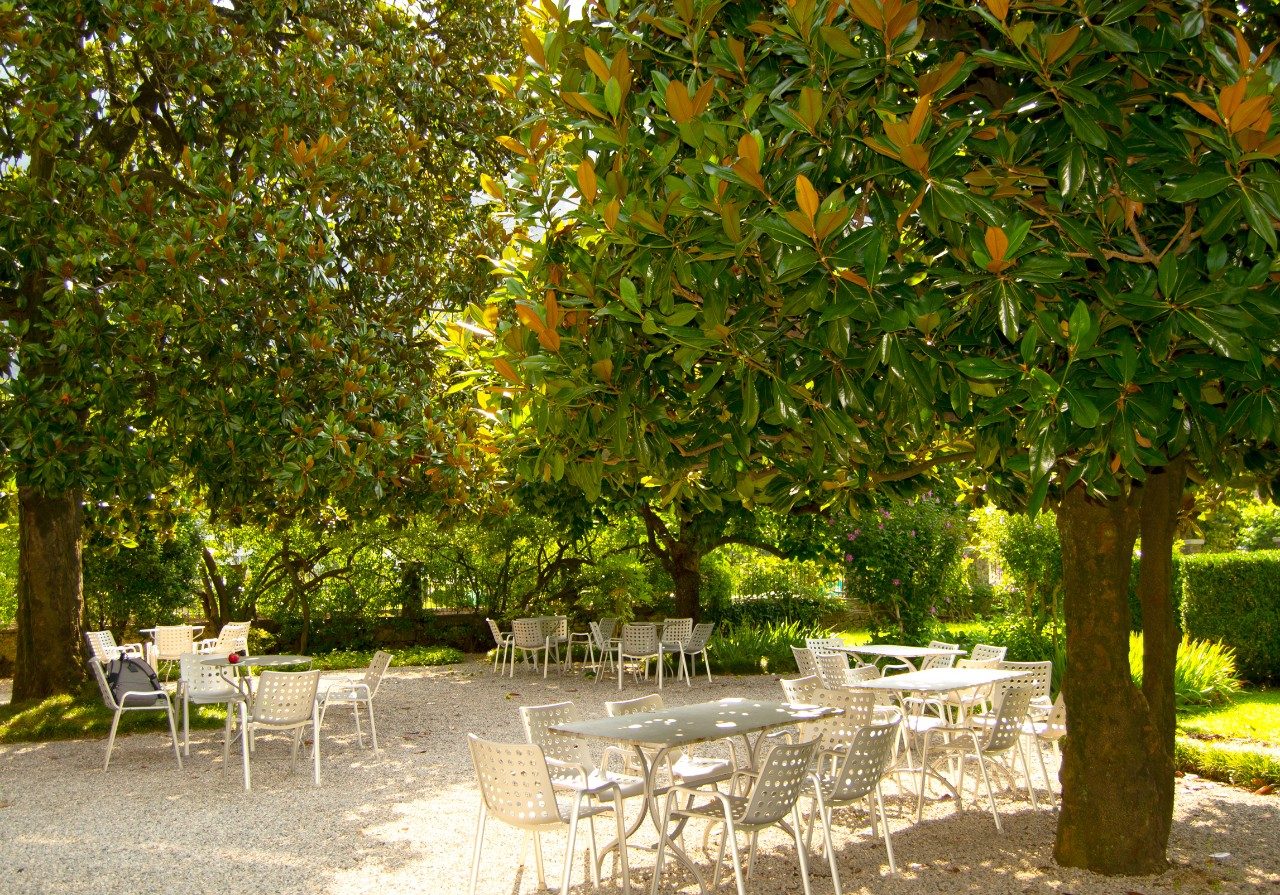 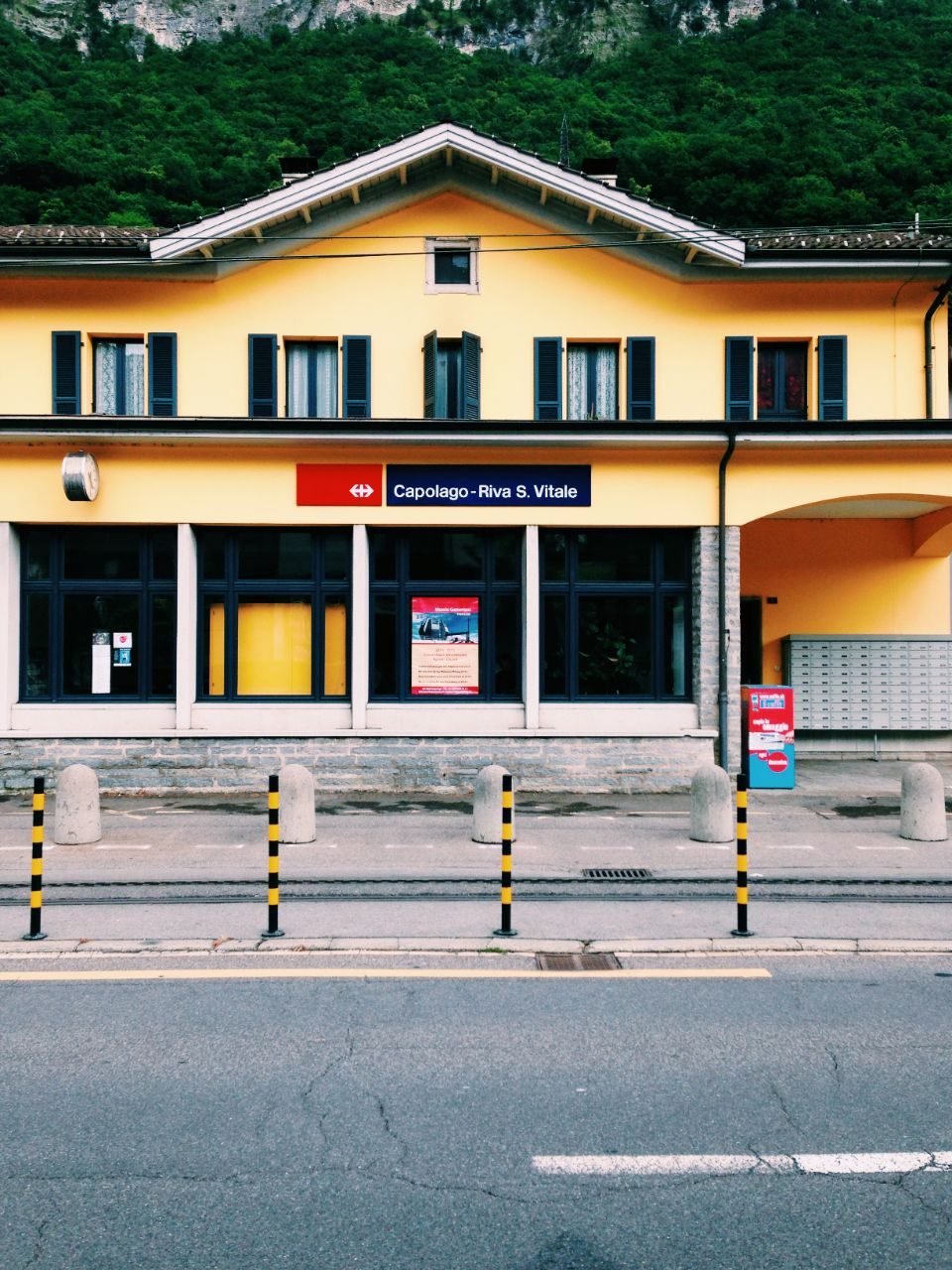 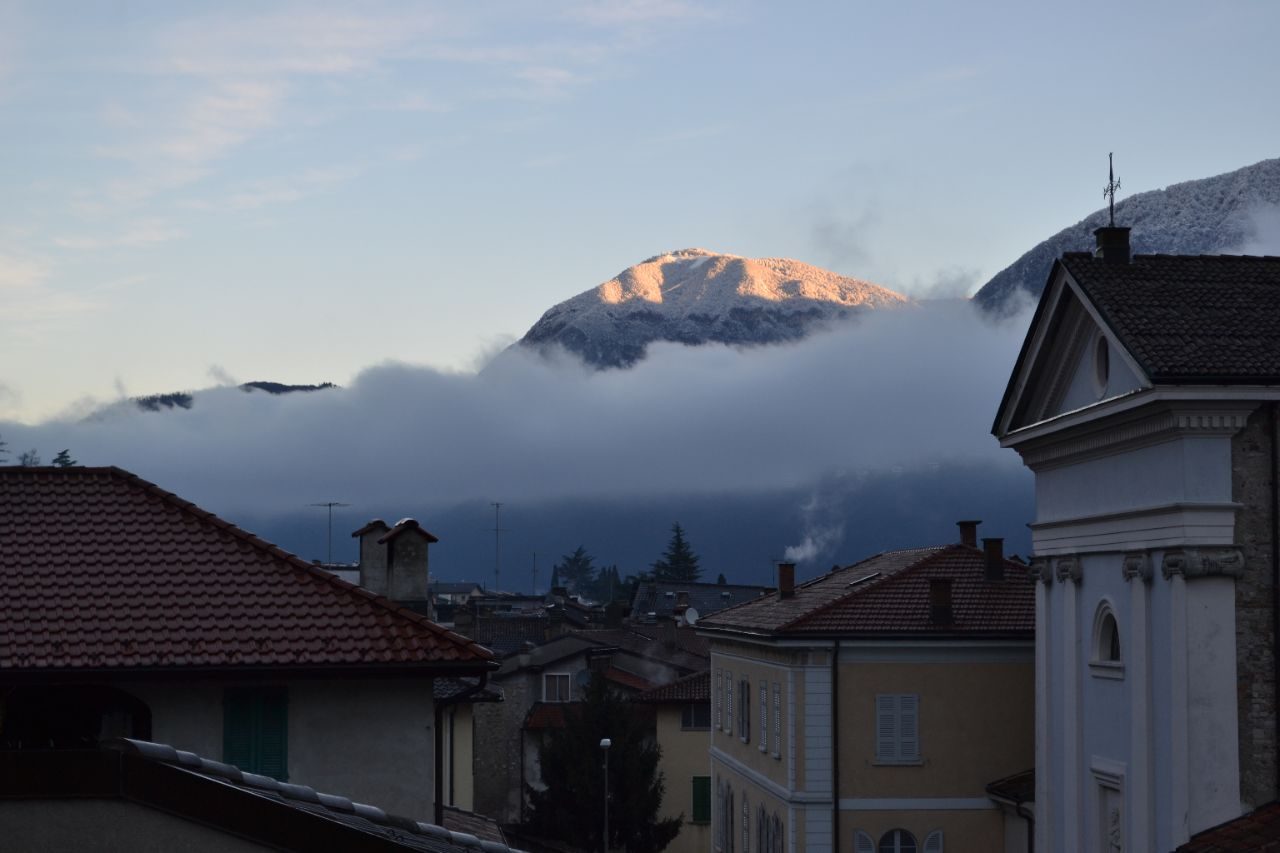 As a part of the Virginia Tech Sesquicentennial celebration, Outreach and International Affairs is proud to sponsor a series of special events that highlight the university’s commitment to engagement across the commonwealth and around the world.